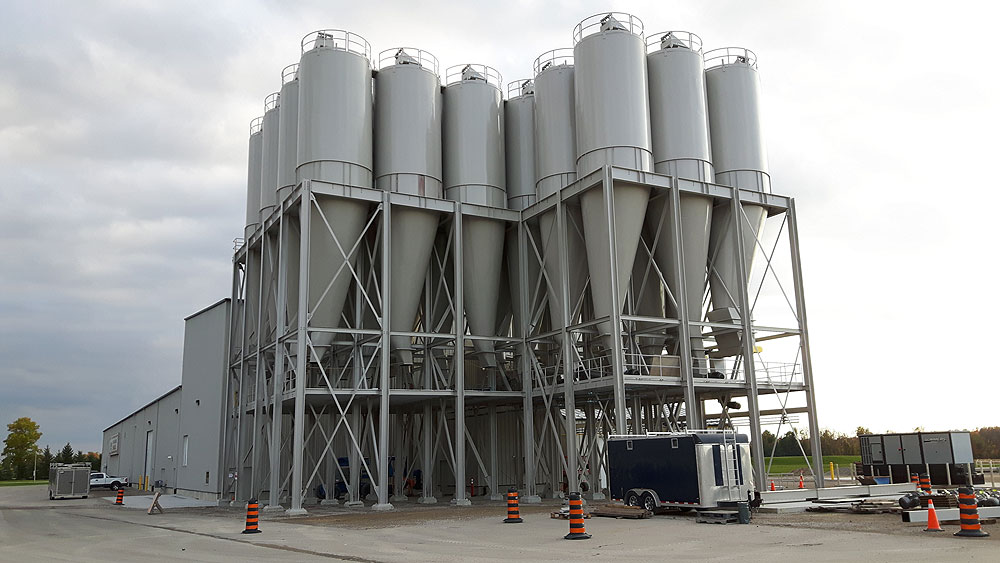 Our client originally contacted us about this expansion project which initially required just 12 tanks. By the time the project was awarded, it had expanded in scope to include 24 large tanks with side-draw cones, (one of which was constructed of 304 stainless steel), 10 smaller load out tanks with side-draw cones and three liquid tanks constructed of a combination of mild and stainless steel. All the work from initial design to final delivery was done in-house. The large tanks were a particular challenge as the cones, at over 21’ long, required custom fabrication techniques given the lop-sided weight distribution.

How Can We Help You?

Smith Steel & Fabrication's custom steel fabricated silos are built to meet our client's exact specifications. Each project is designed and engineered in-house and hand-welded by our fantastic team of CWB certified welders.

Give us a call to discuss your next project or request a quote today!